"The most popular and perhaps best writer in Spanish since Cervantes." - Carlos Fuentes 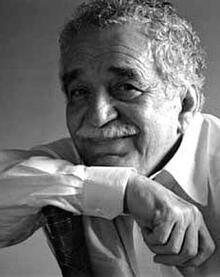 Gabriel García Márquez, March 6, 1927 - April 17, 2014, was one of the 20th century’s leading authors. The earliest living recipient of the Nobel Prize in Literature, García Márquez is best known for his novels, One Hundred Years of Solitude (1967), Autumn of the Patriarch (1975), and Love in the Time of Cholera (1985). García Márquez spent the first eight years of his life under the guardianship of his maternal grandparents; it was their stories that fueled his imagination and influenced his work later in life. García Márquez is the master of magical realism, a technique in which writers incorporate the supernatural into the mundane.  His stories defy traditional depictions of reality, instead “the most frightful, the most unusual things are told with the deadpan expression.” Read More

Gene H. Bell-Villada: García Márquez; The Man And His Work

Bell-Villada traces the major forces that have shaped the Columbian novelist and Nobel Prize winner and describes his life, his personality, and his political opinions. 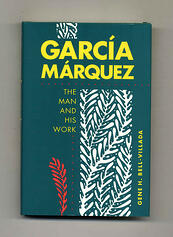 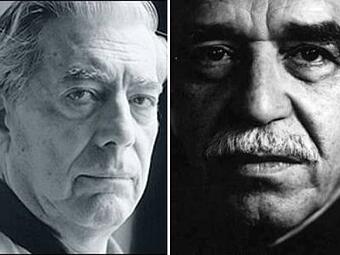 The fight between Mario Vargas Llosa and Gabriel García Márquez is very intriguing and differs greatly from the rest of our famous literary brawls in that their fight was both physical and personal. At one time, these Nobel Prize winners were the best of friends. However, after Llosa separated from his wife to be with a Swedish flight attendant, Llosa’s wife sought comfort from his good friend, García Márquez.

Outside of a theatre in Mexico City, Llosa rushed up to García Márquez who opened his arms to embrace his dear friend, who promptly returned the outstretched arms with a swift slug to García Márquez’s eye.The two have never made a public statement confirming what actually happened that day, nor have they spoken to each other since the incident.

García Márquez became intimately familiar with Colombia's history thanks to his maternal grandfather. Colonel Nicolás Ricardo Márquez Mejía was a veteran of the War of a Thousand Days and a founder of his grandson's hometown of Aracataca. He'd refused to stay silent about the banana strike massacre, denouncing Congress for the government's behavior in 1929.

The Colonel had led quite an interesting life. He'd killed a man in a duel andhad reportedly fathered 16 children. He taught young Gabriel lessons from the dictionary and took him to see ice for the first time--an encounter that would inspire an episode in One Hundred Years of Solitude. Meanwhile, his wife, Tranquilina Iguarán Cotes, filled her grandson's head with superstitions and ghost stories. Her storytelling style would influence García Márquez's own narrative style as he got older. He once observed, "I feel that all my writing has been about the experiences of the time I spent with my grandparents."

Young Gabriel spent his formative years with his grandparents. His mother, Luisa Santiago Márquez, fell desperately in love with his father, Gabriel Eligo García against the wishes of the Colonel and Tranquilina. Eligo García was a hojarasca ("dead leaf"), a newcomer attracted to the town by the banana industry. He had four illegitimate children already. The Colonel and his wife tried everything they could think of to dissuade the young couple, but to no avail. They married and settled in nearby Riohacha. >>Read More