“Associate with the noblest people you can find; read the best books; live with the mighty; but learn to be happy alone.” 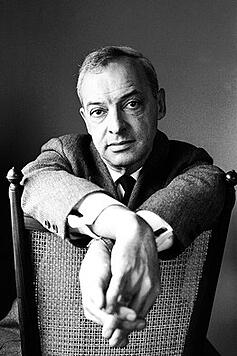 One of the greatest American authors of the twentieth century, Saul Bellow won the Nobel Prize, Pulitzer Prize, and three National Book Awards.

Bellow entered the American literature scene in 1947 with the publication of Dangling Man. Though reviewers criticized the novel's lack of definitive plot, they also noted that the book wonderfully captured the character and challenges of the American intellectual during the Great Depression.
Bellow published his second novel, The Victim, later that same year. These two first novels are considered Bellows apprentice works. First editions tend to be more scarce not only because fewer copies were printed in the first place. Dangling Mans wartime printing meant cheaper materials that have not withstood the test of time very well.

Bellow established his literary prowess with The Adventures of Augie March (1954), which later won the National Book Award. Bellow won the award twice more, for Herzog (1965) and Mr. Sammlers Planet (1971). He went on to win the Pulitzer Prize for Humboldts Gift (1976). These award-winning novels are easier for collectors to find. They fetch a premium if they are in exceptional condition or are inscribed by Bellow. Read more.

Bellow was born in Quebec on either June 10, 1915 or July 10, 1915. Shortly before his birth, his Jewish parents had immigrated to Canada from Russia where they had fallen upon hard times. In those days, immigrant Jews often disregarded dates on the Christian calendar, and the birth records left by Bellow’s parents were unclear. Moreover, Bellow’s original birth certificate was lost when the city hall containing it burned down. Bellow, himself, celebrated his birthday in June.

Resources for the Collector 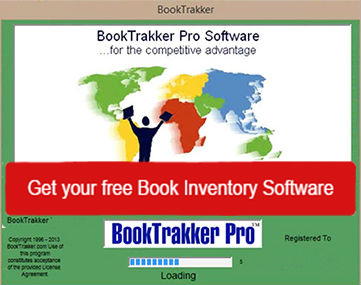 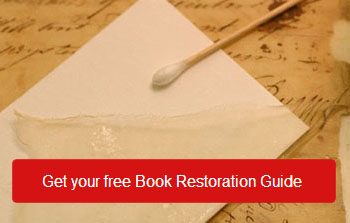 At the age of eight, Bellow contracted a severe respiratory infection and was hospitalized for six months. It was during his prolonged convalescence that Bellow’s lifelong love for reading crystalized. He read books such as Black Beauty and Raggedy Ann, as well as a host of comic books and the New Testament. Much later, in 1995, Bellow was hospitalized after eating toxic fish while vacationing in the Caribbean. Bacteria attacked his nervous system and he suffered from near-fatal pneumonia. He spent five weeks in intensive care and over a year in recovery.

3. As a child, Bellow knew he wanted to be a writer

Despite the fact that Bellow’s mother, Liza, aspired for her son to become a rabbi or concert violinist, Bellow felt destined for a different career. His vocation was sealed during his time in the hospital when he was eight years old. There, he read Uncle Tom’s Cabin and loved the book so much that he decided to become an author himself. Thereafter, he ignored his mother’s ambitions and dedicated himself to the written word. 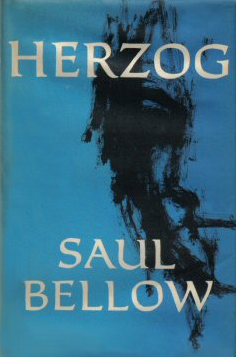 Some critics speculate that Bellow’s writing style resulted from his exposure to so many different languages as a child. At home, his parents spoke Russian and Yiddish while Bellow and his siblings spoke English and Yiddish. At the age of four, Bellow learned Hebrew; he and his siblings also spoke French on the streets of Montreal. He wrote that as a child, “I didn’t even know they were different languages.”

5. Bellow chose not to study English Literature because of anti-Semitism

In 1933, Bellow began his studies at the University of Chicago but transferred to Northwestern two years later. His intended major was English, but he was put off by the anti-Semitism of the English department and opted for an anthropology and sociology major instead. He graduated with honors in 1937 and pursued a graduate degree in anthropology at the University of Wisconsin. It was during his graduate work that his thoughts returned to fiction. “Every time I worked on my thesis, it turned out to be a story,” he said. Read more>>

Bellow failed to distinguish himself as a writer in high school or college. Though University of Chicago professor and renowned scholar Walter Blair praised Bellow as a student, he also gave him only a "Satisfactory." And Professor Norman MacLean, author of A River Runs through It, called Bellow a "dud." Yet Bellow went on to an illustrious career as both author and University of Chicago professor. Former student Jane Novak recalled her experience in Bellow's class: "When we began to prepare our term papers, Professor Bellow checked our intellectual pride. 'Do not,' he warned, 'turn literature into arid discourse.' He cautioned us against over-confidence, predictability, and verbosity, paused, and added a less conventional and more chilling word of advice: 'Remember, I am very easily bored.''" Read more>>